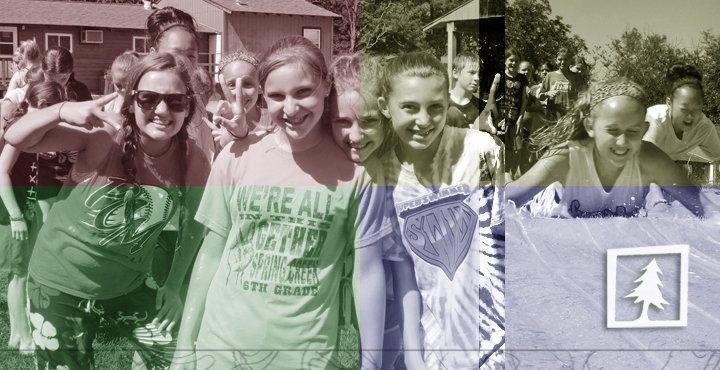 In 1956, a meeting of the Iowa Baptist Conference brought a recommendation to purchase a piece of land on the shores of Pine Lake near Eldora for $5,000. It seemed like an ideal location and the right price. Despite the lack of funds, a motion to purchase the property was passed. The moderator then asked the delegates to, "pause for a few minutes and ask God for the $5,000." By the end of the meeting, the total amount had been sacrificially given to buy the property.

Since 1956, Pine Lake Camps has expanded again and again to make room for more people to encounter Christ in a beautiful outdoor setting.

Over the past 60+ years Pine Lake Camps has averaged 500 kids each summer; many adults and students have experienced retreats, and thousands of people have made decisions to cross the line of faith and follow Jesus.

Added a chapel to serve as the primary worship area.

The swimming pool was completed

The beginning of Sixers camp started and the boat dock was added.

The walking bridge to boys hill was built.

A major chapel addition was completed.

The high ropes course was built.

Pine Lake Camps was purchased by Free Grace United, keeping its ownership within the Converge North Central family. Summer programming and adult retreats continue to be open to all who wish to come and enjoy this special place.

FGU plans to launch a church in the PLC chapel in the fall of 2022.

PINE LAKE / ABOUT US